It is all happening on 10th November this year. Firstly, Bob Junior (female) has her 16th birthday bash one day early (she is an Armistice Day baby) and will be celebrating with a party bus (nope, I am not totally sure what that is either) followed by a party in the Bobcave. I assume I will be invited to join in the fun as I am, after all, her father.

Now as I need to be about as the muscle in case it all kicks off (bad ass 15 and 16 year olds) this of course has meant that the 10th is when everything else needs to happen. 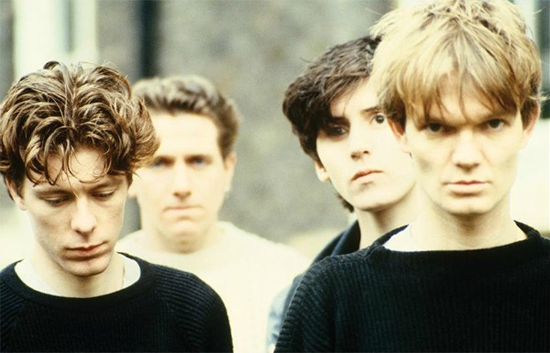 Now they were one of the best bands back in the day so of course they have to be playing London on this evening. Terry Bickers – who went on to form Levitation – went out (I think) with Melissa who I used to work with in the early 90s. I think that my mate Steptoe also saw TB’s dongle in a gentleman’s toilet but I can’t swear to that. My friend The Janitor  – who had no idea about the indie scene – once thought he saw a record on Woolworth’s by my new favourite band. I tried to look happy with ‘Love is a house’ on 12″ by Force MDs. Non. No no no.

Anyway my current favourites Death of Guitar Pop have subsequently announced a London gig. On the 10th November. Is this a conspiracy? Is it proof of a / the God(s) and / or a poltergeist and / or a goblin? I blame Jamie Oliver. Idiot.

So just to add to this, the mighty Stockport County won their last qualifying tie in the FA Cup yesterday against Alty, 2-0. The 1st round tie will be on…..? Yes, 10th November. What is the betting that they get drawn away at a club in London that day? At least it can’t be Orient as they got knocked out.

Now I can’t say I am a huge Blossoms fan. Like their toons but a bit mellow for me (so says the bloke who is seeing Teenage Fan Club next month). Still any club that make a point of saying they are from Stockport not Manchester; that big up their home town club and then stage a concert there with Stockport County prominently featured in the publicity, well I give them 11/10.

It sold out in an hour and a few friends are going so good on yer Blossoms.

I may yet be tempted by another Stockport music event next year.

Now I am seriously tempted.

Let’s start with Odyssey. Now they had some brilliant songs – Inside Out, Native New Yorker, If you’re looking for a way out and the number one Use it up, Wear it out. Brilliant.

Possibly Hazell Dean shades Toyah for me. Original hi-energy music although going by the poster she now looks like Elton John’s older brother.

Sonia – I had a thing for Sonia – but surely that is not a recent pic?

Martin Kemp? By himself? Doing what? Playing bass solo??

Tight Fit. Now they had a number one but after a bit of Wimoweh-a-Wimoweh they may struggle.

Even better, I can walk there from my parents house. I think I am selling it to myself now. What do you think?

Did I tell you about my trapped nerve in my neck? Had two osteopath sessions so far but not sorted yet. Last time though I had a new experience of acupuncture. Does it work or are they just having a laugh sticking pins in you behind your back?

Having had a bad few weeks mental health wise  – again many many thanks to wonderful friends and family for looking out for me and being there – I am getting back in the groove. Went out yesterday afternoon to Mr and Mrs Scanner’s to watch their son Rob play rugby on tv. 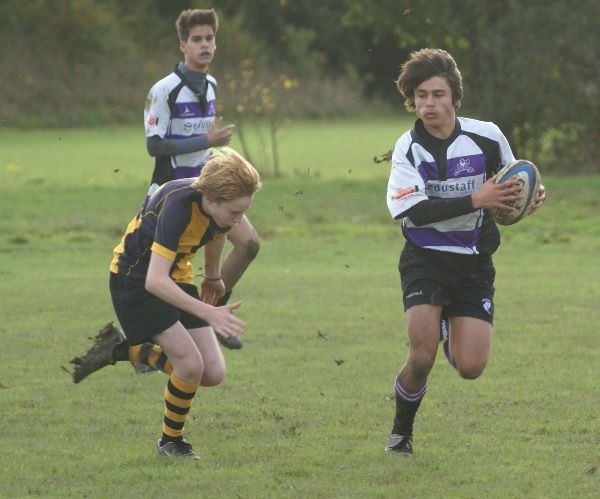 So this pic is from five years ago yesterday – Carey Junior (male) on the wing doing one of his jinking runs. In the same team was Rob who would say that one day he was going to play for Cyprus. Now he does.

Yesterday he played most of the 2nd half of their league match in Split away to Croatia. Didn’t put a foot wrong but the team lost 46 – 24. Israel at home in 3 weeks time. What a star.

I had no work on this week which whilst meaning no pay, did give me time to recuperate and recharge just a little bit. Somehow I managed a job interview too on Friday which for once went pretty well. Even if I don’t get a job offer I am pleased to have come out feeling positive.

Talking about feeling positive, I read in the paper today one of those top ten articles about what makes you feel happy and positive. The usual stuff – family, friends, hobbies etc but bizarrely at number 7, we have ‘petting a donkey’! Apparently 9% of the 6980 people surveyed had that as their ‘happy vibe’. Looking beyond the top 10, at 14 it is ‘Seeing people trip over’ and in the survey by sex, at number 4 for men it is ‘Playing pocket billiards’. Well worth a read.

This neatly segues into George Michael. When I was at university my friend Grizzly said I looked like George and I was very very offended and flounced off in a strop. On reflection it was quite a nice thing to say. On Friday night Bob Junior (male) was off to an 80s party but tight for time on ideas for an outfit. My first idea was A Flock of Seagulls (see below). 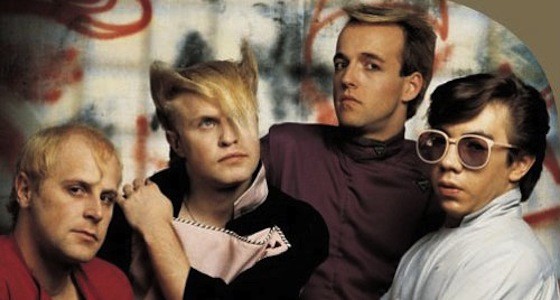 That didn’t seem to interest him even though I meant the one second on the left and none of the others.

Two Tone was no good as he had no suitable gear, ditto New Romantic blousons. Thus we came to George Michael. Ripped sleeves off a white t-shirt (and Wham! painted on the front), leather jacket and jeans and gelled up hair. How he didn’t get beaten up to / from East Ham I don’t know. Here is his sister applying eyeliner. No I didn’t know GM had eyeliner either.

Did you know that Rimmel was founded by Eugène Rimmel as a perfumery in 1834 in Regent Street, London? I did.  It gave rise to the term ‘rimmel’ being used to mean ‘mascara’ in many Mediterranean languages apparently. Now I didn’t know that.

Max Factor on the other hand was founded in 1909 as Max Factor & Company by Maksymilian Faktorowicz, a beautician from Poland. Anyone knows that but did you know that in its early days, it specialised in movie make-up?

Maksymilian  left Poland in the early 20th century due to growing anti-Semitism being enshrined in law. The lead up to his death is bizarre, In 1938 he was travelling in Europe on business with his son Davis when during a stopover in Paris he received a note demanding money in exchange for his life. An attempt was made by the police using a decoy to capture the extortionist but no one turned up at the agreed drop-off point to collect the money. Max Factor was so shaken by the threat that he returned to America, where on arrival he took to his bed and died soon afterwards.

I did occasionally wear make-up at uni – black of course – eyeliner, nail varnish and lipstick too on occasions. It was not a good look.

I am currently eating chargrilled calamari rings in a cracked black pepper and red pepper seasoning. Now had I bought one other item in this range it would have cost me £7. Oh no, not me. I look out for the yellow labels when I go to M&S – boosh! £2.45. Not that exciting by themselves though. Thwack! Ka-boom!

Mrs Bob has just questioned why I was wearing a wrist support bandage as a) it was very loose so clearly it was not helping and b) because I do not have any problems with my wrist. Questions questions.

That was just after I made Carey Junior (female) act out her first wedding dance with her dad (where I ask her new husband to ‘excuse me’). She had better not struggle to escape my grip as I loudly sing ‘Shang-a-lang’ (which morphs into ‘One day my prince will come’) at her wedding one day in the future. Clearly we need to practice this more.

Let me leave you with some wise wise words from the late Kurt Cobain …….

“If you’re really a mean person you’re going to come back as a fly and eat poop”.