So how come I didn’t know? Gerard and Shakira? I shouldn’t have to hear that from Mark ‘Lawro’ Lawrenson or Pele ‘Pele’ Pele. Blimey. Wot next? Carol Decker off T’Pau and Martin Chivers?????

It is hot. Damn hot.

So hot that a bloke sunk into the tarmac road near his house today and was only saved by the fact he had Dr Marten’s on, Truth.

So hot that your wee evaporates within seconds of landing in the kitchen sink, and that’s before 7am and the sun has really got going.

So hot that your lip sweat congeals like a small fatty deposit equivalent to a mouse frying mouse-sized sausages in a moue-sized frying pan. 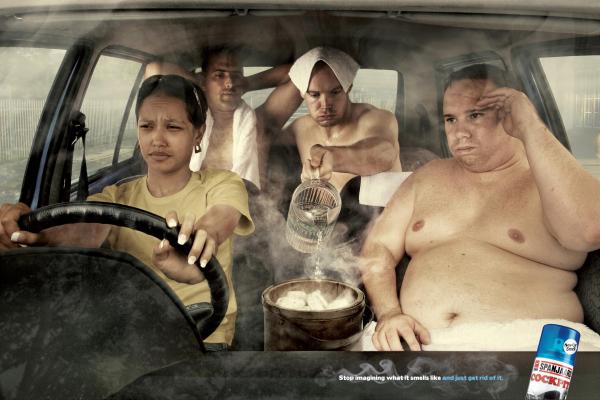 I bloody love it though. Sunshine and World Cup football. Perfetto!

I have a Mexico football t-shirt, an England one and a t-shirt emblazoned with Sweden. One is no good now but I may wear the other two together on Saturday just in case. Me and Bob Junior (male) watched the wrestling match with Colombia WWF. I couldn’t watch the first 4 penalties but Wee Bob doesn’t have the baggage I / we have and managed to watch them all. 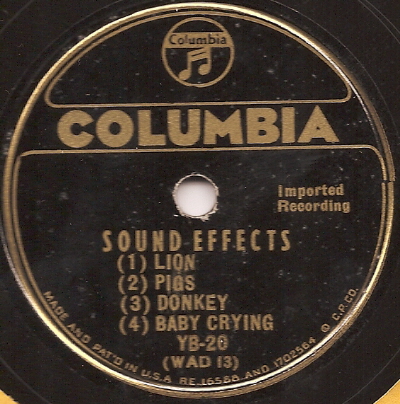 I just don’t get it. Why resort to so much foul play when as a team you can do all these sound affects? If Cuadrado had made the noise of a bay crying then kind-hearted Jordan Pickford would surely have abandoned his goal to find the poor waif? Uribe’s roar would have frightened our Young Lions half to death (except for Kieran Trippier who would scare anyone with his hair). 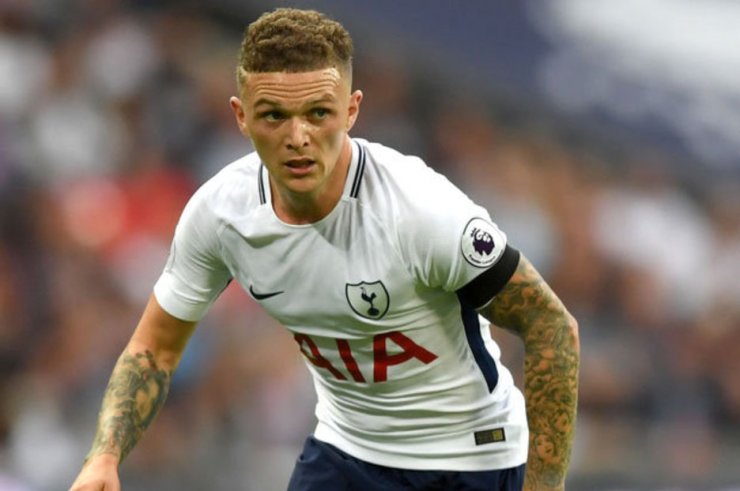 It has been so hot that I have taken to sleeping in the Bobcave a few nights to Mrs Bob’s delight. The dawgs have insisted on joining me but have been well-behaved. Sweet.

What have you been drinking Bob?

Well I have only found out that our local newspaper vendor now has four beers on tap. Yesh. Truth. It is now Lithuanian owned and they had me tasting the three Lith-beers and one Belgian at 9am last Saturday morning. Yes, I bough a litre (n.b. not the 2 or 3 litre options). I also bought a big bag of 29p vaguely cheesy sort of Rumanian wotsit / cheesy poof things. All of us agreed they looked and vaguely tasted like that polystyrene sort of packing stuff you get in delivery boxes. For 89p we also got some big Polish corn grit snacks (“Ingredients: Corn grits”). They tasted of nothing but made a pleasing rubbery squeak as you tried to gnaw upon them.

Here is a picture of Luka Modric. 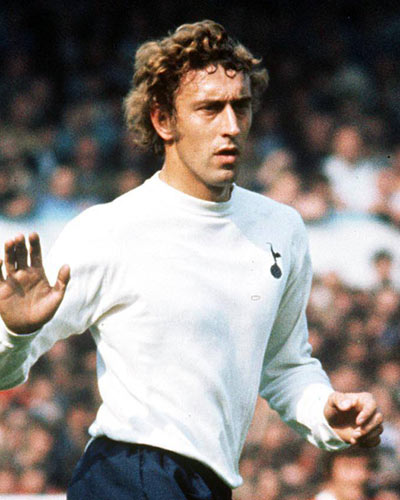 I missed some of the crap Belgium game to see Bob Junior (female) solo at a choir concert. She did ‘Tightrope’ from The Greatest Showman. It was amazing and I loved it but not so the various people who came up after saying that they saw me crying when I clearly had stardust in my eye. Meanwhile Carey Junior (male) got great first year uni assessments and is learning to make cocktails for his bar job. Very proud about both skills. 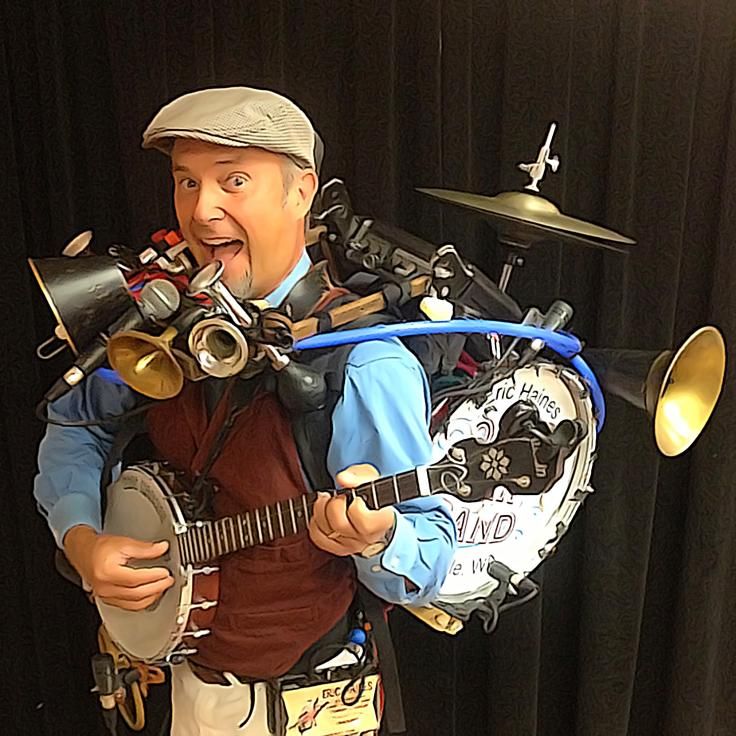 We went to see our friend, who I shall call Dandelion O’Mine, perform in a brass band at the big Epping show last weekend. He rocked out in his shades but the intense heat meant that a) I could not enjoy my hog roast bap b) the dogs wilted and c).

Why no c) Bob? Don’t be so no-c / nosey. You see in my head I thought there was a joke there somewhere and there so clearly wasn’t. I will tell that to Mrs Bob tomorrow then.

My Big Fat Sausage Finger hasn’t enjoyed the heat. It seems to have been joined by an ankle injury I sustained weeks ago when I slipped on some mud. Can you break anything in your ankle and not know it and keep on walking on it for weeks? Am I dead?

Back to hot summers. Seeing the heavily cracked parched earth takes me back to the 70s. No idea why. So does the dancing naked in the street at night whilst imagining you are under an ice cold waterfall, 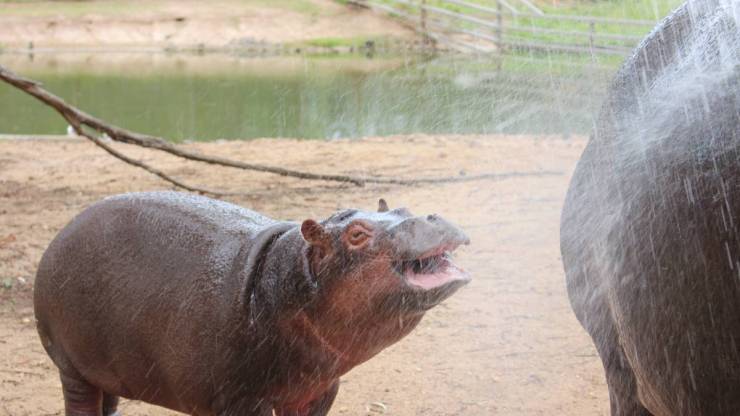 That reminds me. The remains of  rhino poachers were found on a reserve in South Africa yesterday.

“They strayed into a pride of lions – it’s a big pride so they didn’t have too much time.
We’re not sure how many there were – there’s not much left of them.”

I so want to comment on this but I don’t think I need to.

What always happens when these three get together? Yes. Piracy.

In the last four weeks, piracy on our high seas has increased tenfold against the seasonal average. Exeter has been raided three times in two weeks. Blackpool certainly appears to have been partially destroyed.

If you see a pirate then yell ‘ahoy’ to a lifeguard and / or a responsible adult and / or a naval officer, and then hide in your cellar or find high ground. They like to steal grog or rum, as well as doubloons and precious metals and stones. Some of them are cursed and are really dead and others are jokey rogues but they will still kill you. My recent party was overrun by pirates as the picture below shows. 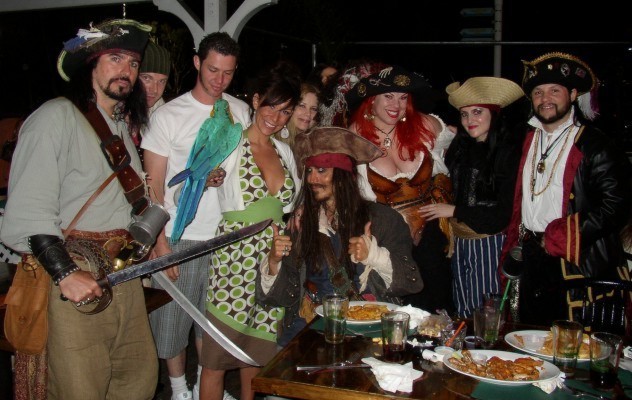 It all looks tense but ok but the one hanging out the patterned dress with the parrot killed all my guests and said “arrrrr Bob lad, I be coming back when the mizzen is below the yardarm, by which I mean a week on Tuesday, so get me lots of precious things or ye be forsooth m’lud, hoity toity, dead as a pestilent pollock”.

Now I’m no word-reader but that sounds serious to me.

If you want to save me becoming as dead as a pestilent pollock please send me precious things via the internet or fax or something. 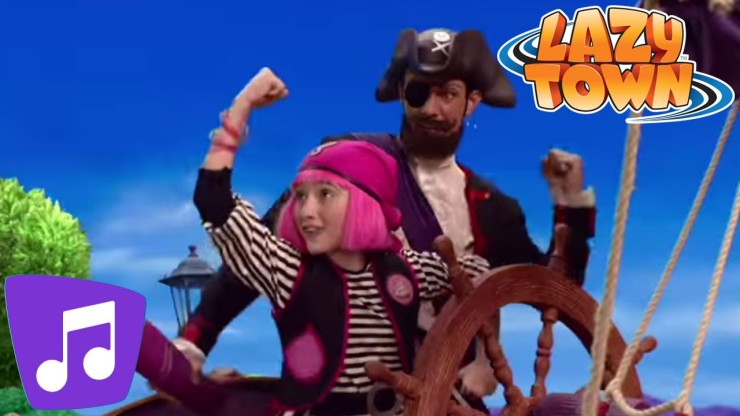 If I was a pirate I would be a little like Captain Pugwash but with an edge to him, so maybe a hint of The Red Baron. Oh hold on, he was a pilot. See what I did there? Just smooth hilarious comedy every time.

Right, as ever I had nothing to say, and I have said it. Time is ticking on and I have to start barricading Fortress Bob along the lines of Swiss Family Robinson meets Robinson Crusoe meets Ask the Family with Robert Robertson which sounds like Robinson) meets BA Robertson. When the pirates attack we will not panic, we will overcome. We will fight them on the beaches. I assume that is the best place as it is a neutral space betwixt sea and our house.

Do not worry, BA will protect us. 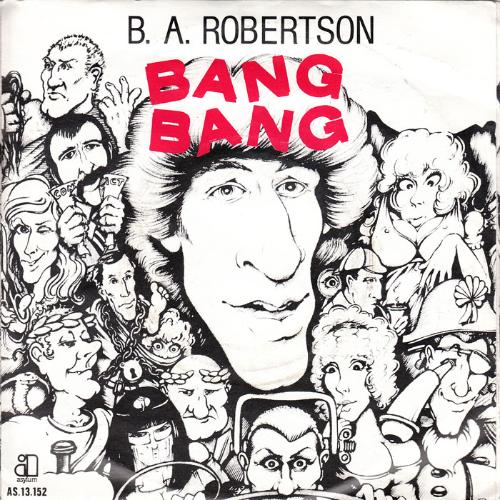 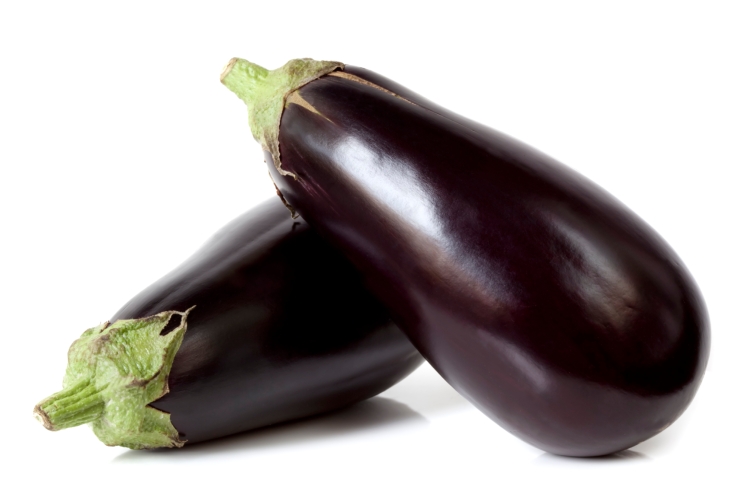 Now for those of you who carried on reading this is like a bonus scene on those Marvel  films. Brilliant.

2 thoughts on “The Marquis de Sade was happy with a stoke of love, Sherlock Holmes alone preferred a little toke of love”