The trip to Turin is a gift that keeps giving.

I cannot reveal the identity of this finger / owner. I will call him Marvin. This picture though shows Marvin’s injury over a week after it was ‘accidentally’ caused by his ‘friend’ whilst we were in Turin. I shall call this friend Rupert. Because I can.

Now Marvin was carefully exiting a taxi when he placed his hand purposefully on the taxi door frame so it was both inside and outside of the taxi. Rupert ‘not noticing’ this, slammed the door as hard as he could whilst laughing evilly (allegedly). Luckily Marvin had taken some (many) special herbal anaesthetic juices during the course of the (long) evening and so it felt like a butterfly had gently landed on his fingers and he did not flinch. Having politely asked Rupert to open the door (“I say my good fellow, I do believe you have nearly severed my fingers in the car door. Would you mind awfully opening the door so I may pass out?”), no more was said about it (bar the blood dripping, bandage wrapping drama to follow).

As you can see the injury is developing into a football scar trophy to treasure. Nay, a Turin legend more famous than the Shroud itself.

What I ask though is whether Marvin was to blame for placing his hand there? Or was it his ‘carer’, who we will call Bunty, who was conspicuously absent? Or was it the fault of Rupert who has done this to Marvin before? Personally I blame Putin.

So having been lured to the GP on the false basis of fat sausage finger treatment the other week, I was of course told by the doctor that I was a fatty bumbum. Billy Bunter is whom I think she referred to me as. I then had to strip down to my pants for a consultant for what was ostensibly another big fat sausage finger appointment.

Today I had to see the nurse. She said I had lost 4kgs in a couple of weeks. No way. Then that I appear to have grown height wise to 5 foot 8.  I am a medical mystery. Her advice? Eat less and better and “cut out on your pork life mate and get some exercise”.

Today I am Billy Bunter, tomorrow I will be Flat Stanley. No, I am not doing another picture of Flat Stanley so make do with BB.

Back to comics – I chanced upon Billy Bunter books in my early teens. This led me to discovering The Magnet which they had at the local library in massive hardback compendiums. Very much of the time it was brilliant reading. Enid Blyton for older kids with a frankly repugnant main character who was a bully, but was bullied by others too. Jolly spiffing though.

Hold on, “Fatter and funnier than ever” – it’s like my medical appointments all over again. The revolution is near all you thin people. I will sit on you.

Another trip this week to see a Richard Herring podcast. I can’t recall the name of his first guest. She was mildly amusing but Mike still fell asleep. Al Murray was good though. I do enjoy Richard Herring’s emergency questions one of which was ‘If you had to have a chocolate bar inserted in your anus, which would you choose?’. The first guest went for a Twix I think. Al Murray chose a Topic. I would choose a Twirl. N.B. The question is ‘if you had to‘ so there is no option to decline.

Other top questions he has include;

Would you rather have a ham hand or an armpit that could dispense suncream?

As you lay dying, which celebrity would you want to stroke your hair?

Would you rather have a tit that dispenses talcum powder or a finger that can travel through time? If the latter, how would you use it?

My answers would be;

No one who may sexually arouse me at such a grave moment. Maybe Martin Platt off Coronation Street as he is a nurse.

The finger as I don’t use talc. I would use my finger to wag admonishingly at Napoleon as he sets off to invade Russia hoping that he would realise that a Russian Winter would defeat his army. I am not sure how I could convey that but assuming I can use my big fat sausage finger, I do feel it is very expressive.

Mike used his Vape contraption outside the pub and played a lovely version of ‘Stranger on the shore’ by Acker Bilk’ on it. 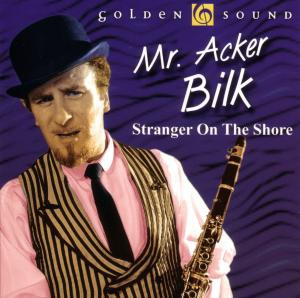 Music-wise I have been singing ‘Tommy Gun’ by The Clash very loudly in the car this week. That reminds me, earlier this evening whilst having a widdle I was singing the theme tune to ‘Josie and the Pussycats’ and got so distracted that I nearly had a zipper accident. Let that be a lesson to you. And to Marvin.

I do need to play more music again and listen to more. I always have the radio tuned to Radio 5 but messed up the presets in the kitchen so it is now on Radio X. I still only want to hear the old stuff.

The band I wished I has seen live at their peak? Ash. The band that has some of the best albums? Manics. Actually they were one of the best live bands when they started out too. Little known fact but for 3 months after Richey Manic disappeared, Jay Kay from Jamiroquai filled in for him and played half a dozen live dates with a band and did one demo that never got finished (‘Space dudes funk in anguished despair).

I am going to end with this.

He was the best character in Lost. Did anyone apart from me watch it to the end? Did anyone know what happened at all after Season 2 as I hadn’t a clue. I just knew I liked the journey and the scenery even if the destination had become irrelevant. Hurley went on to marry co-star Kate (Evangeline Lilly) and quit acting to become a duck wrangler in Illinois.

More on Lost next time if I think about it and other tv series that were not as good as I hoped.

‘Hope (I wish you’d believe me’ was of course a single by The Mighty Wah! who also did The Story of the Blues. Let’s leave it there pop pickers.

2 thoughts on “First they take your pride, then turn it on its side and then you realise you got nothing left to lose”