Well the next blog or two will have an Italian, nay a Tuscan, feel to them as I have just returned from a wonderful visit to Firenze (Florence to any nitwits reading this) and Pisa with Mrs Bob.

I should begin though with romance. We left on Valentine’s Day as we are even more romantic than Romeo and Juliet (and less tragic / more alive). As we arrived at Pisa airport, we sang and danced like in Beauty and the Beast and rose petals floated down from a blue, sun-kissed sky. Oh how we laughed. ‘Tra-la-la!’ sang Mrs Bob with a look of adoration in her eyes. I sang ‘Zoom’ to Mary, as she loves Fat Larry’s lyrics, and then gave her the most beautiful Valentine’s card ever. It is now Sunday 18 February and I am waiting for my card. Just saying. 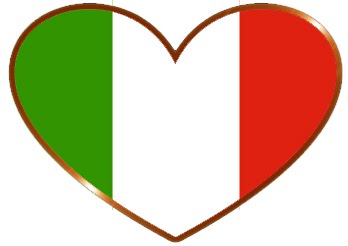 Mrs Bob did whisper some sweet nothings to me though. She said I look like Humpty Dumpty which I assume relates to my delicate sensitivity and ‘egg-head’ intelligence (and not my big round belly, enormous head, and general yolk-spilling clumsiness.

Eggs featured at our first breakfast in Italy’s finest city. I had scrambled eggs (‘eggeo scrambleo’ for you bilinguists) which was delicious. I kindly said to Mrs B “You can have scrambled eggs tomorrow if you like”. Now why would she take offence at such a kind suggestion? Mrs B felt that it was obvious she could have scrambled eggs if she wanted them and it did not depend on whether I said she could or not. As I patiently, and slowly, explained, I was simply saying not only was she welcome to have some the next day, that indeed she could have some just like I had. That failed to clarify matters for her and with some (surprising) annoyance I was again told that permission from me to have the scrambled eggs was not required.

I am glad to say that there was a happy ending though, as Mrs B did indeed have scrambled eggs the very next morning. Whilst she has yet to thank me, I know that she was pleased that I made the point of saying she could have the aforesaid eggeo scrambleo, so a win win situation. Perfetto!

It was chilly in the Viola city so Mrs Bob bought some gloves for €3 (made by designer label Grimaldi). I was cold and did hope to get a warm scarf but as I have one at home I was ‘unable’ to.

Friends, we made a few.  One Chinese woman – at the Piazzale Michelangelo – asked me to speak to her parents who she was video-calling, as they like speaking to foreign people (me? foreign? I think you will find I’m English and it is everyone else who is foreign ma’am!). I waved and smiled as did her parents. She then got me to repeat two Chinese New Year phrases to them. On reflection I hope that she had not fallen out with them and was not making me say dreadful things to them. I assumed their tears were of joy but I do wonder now……

We made very good friends with a South Korean couple in the lift going from the 6th Floor to the Ground Floor. We spoke for at least one floor of our descent. We may visit them one day.

Pinocchio. Now why does Pinocchio appear all over the place in Florence? Here is where I do educating stuff. I am like a literary David Attenborough, or a cultural Mr Blobby.

‘Le avventure di Pinocchio’ was a novel for children by Italian author Carlo Collodi, written in the 1880s in Tuscany. In the original, serialised version, Pinocchio ends up getting hanged for his innumerable faults, one of which was to kill the nice cricket by throwing a hammer at him. In an alternative ending to the tale – apparently – Pinocchio was killed with arrows and had his head chopped off. I wonder why Disney decided not to use that ending?

Anyway all over the city you see Pinocchio marionettes and other souvenirs. I kept saying I would get one for Mrs Bob but she refused my kind offer (I think she wanted more scrambled eggs instead).

Back to Humpty Dumpty Big Belly Bob – we went in one cakeshop and chose cakes to take back to the hotel. The silly cake selling witch (no offence to any witches reading this) only self-selected my cake choice by giving me the tiny (really tiny) custard doughnut and not the big one I was pointing at with big boggly eyes and drooly mouth. By the time we got back to our room it was too late. Mrs Bob felt witchypoos had done it on purpose having decided that I needed a smaller cake for my health. I made up for it last night with two cakes from a more accommodating baker shop in Pisa 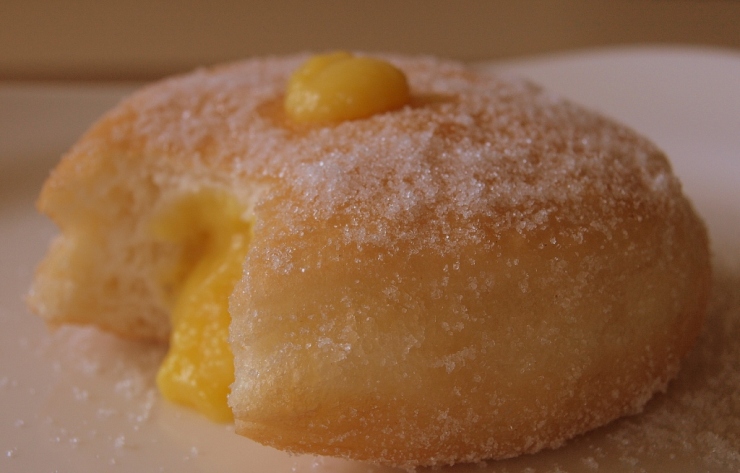 Now this is a blog. This is not a travelogue. That means that I can just type whatever I remember in no order whatsoever and that is acceptable. So there.

I can’t fit much more in today so want to finish with Lampredotto. Now I have been to Florence a fair few times now, First in 1985 when inter-railing (as a one year old back packer), then several times over the last three years with Viola Club Stockport following our Viola team and drinking the odd beer. What I had never done was to eat Lampredotto. Until now.

As the many street stalls bear witness, one of the most typical Florentine dishes (dating back to the Renaissance) is the panini di lampredotto. Round bread rolls, opened up and filled with steaming hot lampredotto, topped with salt and pepper and salsa verde. It is a dish and a tradition only found in the city of Florence. Lampredotto is the fourth stomach of a cow, the abomasum. in English). Yum yum.

If I had been brought up on this delicacy then I may love it. I managed two mouthfuls (and it came back in a gaseous state to haunt me for the next hour). My story is in pictures. 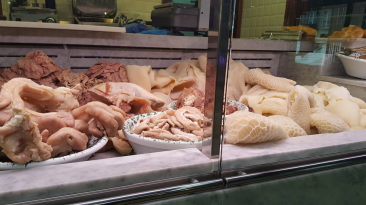 That’s all for now. In my next Italian blogs learn how I plan to become a monk (and Mrs Bob is keen for me to leave for Italy asap and not return); dodgy Italian builders; Hogwarts; ‘Learn Italian with Bobetto’; and churches, churches, churches! ooo this is exciting, it is like the trailer for the next season of Game of Thrones but with added scrambled eggs (which you are all welcome to partake in by the way).

1 thought on “I’m not fat, I’m just big-boned. Give me the bloody doughnut!”