Blogs don’t have to be daily do they? I don’t do enough to write about and I am too lazy to do it so regularly anyway.

I have actually done some important things today. Not of world importance but locally-speaking, I hope the fact I have cleared up a load of dog poo from the garden will go down well. Not a white one to be seen.

I have also just cleaned out the shower plug hole as Mary asked me a mere two weeks ago to do this. I used a toothbrush. It was a wee bit pungent but I felt quite handy as young Max watched very move and I think he was impressed.

I then had a shower. I have run out of No More Tears Shampoo for cry babies like me so used an own brand one Mary had bought me. I didn’t cry so it did the job.

Since the children I have found it hard to get my figure back. A downside of that is that you use more shower gel as you have a larger mass to scale. My big fat sausage finger alone takes 10 minutes to lather up. I don’t wash my feet or legs now as my motto is ‘out of sight out of mind’. I know I have legs and feet as sometimes I have seen them in a mirror or, perchance, a shop window.

I went through a load of old hoarded stuff earlier like letters. I have got rid of a fair bit but have kept important family documents.

For example, my mother’s letter of 5 March 1989 reminds me of my true parentage;

“As I said on the ‘phone, I was sorry you had found the baby monkey photo – because I hadn’t got round to telling you that we had adopted you! That picture was a ‘selectum’ of ‘I want a mummy’ group issued by London Zoological adoption agency in April 1966. I picked the slightly balding one – yes Robert Carey This Is Your Life!!”

For those who don’t know my mother, this is why I am what I am.

I can still recall coming in from school knowing she was home from work but hiding, like Kato in The Pink Panther films. Creeping round the house in your early teens terrified of your mother launching herself at you is no funny thing. She leapt out of the hall cupboard by the way and I nearly wet myself.

This ties in with another letter from my mother dated 6 October 1988….

“My self defence class was very exciting yesterday. I nearly strangled Dr X [name removed on purpose!]! She just wasn’t on the look out when I pounced from behind!!

Anyway I surprised Dad by getting out of his tightest grip in seconds. When I demonstrated one of my new found evasion tactics I nearly broke his thumb and fractured his jaw!”

As you can see I spent as much time reading the letters as disposing of some of them.

I also found evidence of some of the best parties I have been to. Mine. 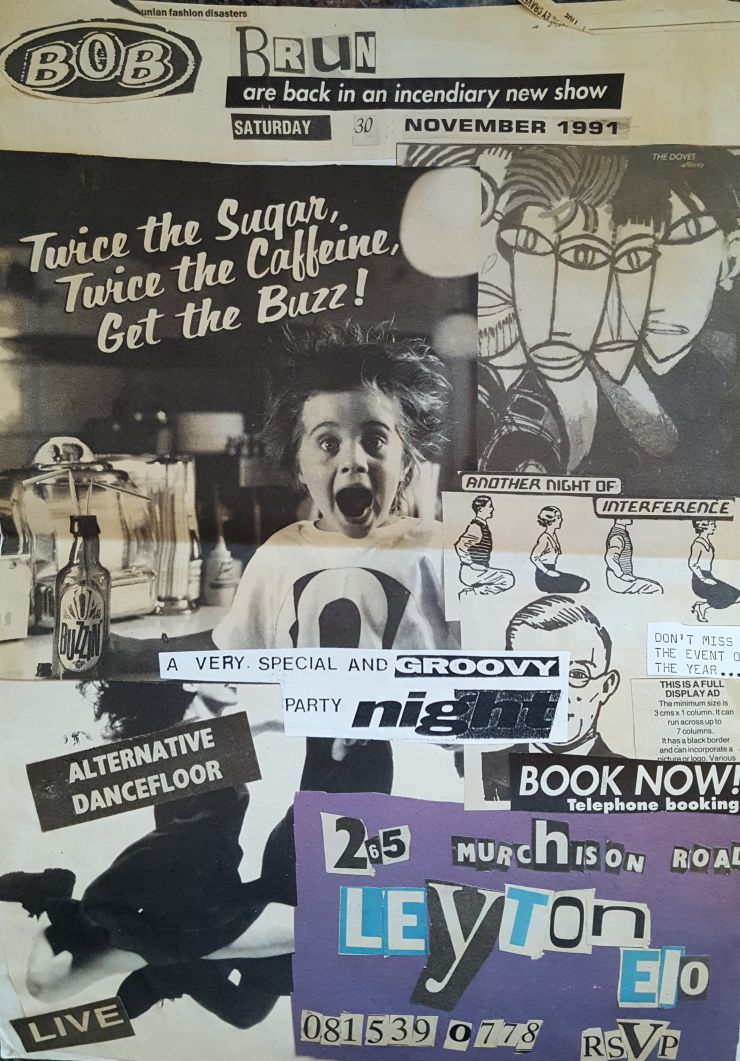 Who would not have wanted to have gone to this? To be fair, our Lea Bridge Road parties were epic as the place was so squalid you just couldn’t make it much worse.

I assume this was a party invite. It could have been a ransom demand.

I found plenty of gig paraphernalia too including the following programme and running list. 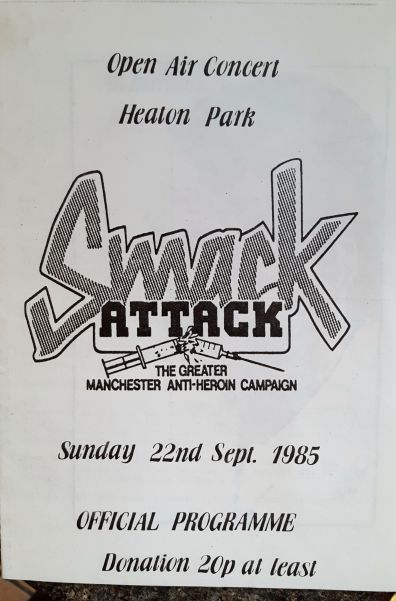 Now this was some event me and Brun went to. Intro – via video – by Pete Townshend, then compered by Tony Wilson, Factory Records guru. I remember Bad Manners as they were brilliant (but it got scary when the nasty racist skinheads came; not the nice originals). The Membranes with John Robb, PJ Proby and his eye patch. What I don’t recall is Les Gray and Mud! Tony Wilson presents Mud live in Manchester?! They never reference that in the Madchester docs do they!!

Sorry, I have drifted off again. I think I was going to tell you what I did today. Not much.

Tomorrow I have a lot on and it may be a while before the next blog.

Oooh I nearly forgot! Thanks to the thousands of entrants to our Japan Band Member comp yesterday. No one won but Leanne came second with her incorrect guess of Mick Karn and failing to guess how many fingers were being held up. The answer was Richard Barbieri who had six fingers raised on his Burnley-inspired right hand.

I have bored myself so so goodnight and check your hall cupboard for my 80 year old ninja mum before you go to bed.